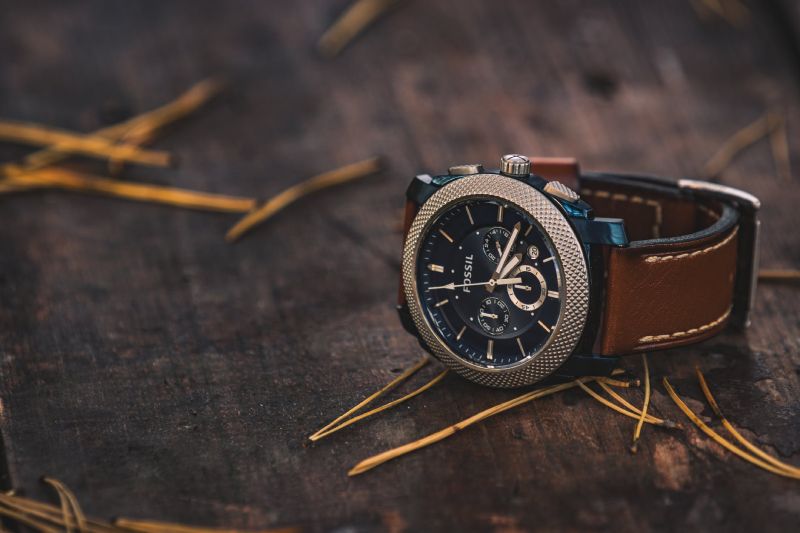 What are the best and trending watch brands in the USA? Today, luxury watchmakers who weathered the crisis are enjoying explosive fame. A common thread in their marketing and advertising campaigns is often the legacy, and centuries-old tradition that not miss in American watchmaking. This fact, coupled with a steadily increasing demand for products from the USA, offers, in our opinion, fertile ground for the following American watch brands.

Of all the American watch brands we introduce to you today, Vortic watches are probably the closest thing to a truly “made in the USA” watch.

You start with vintage American-made pocket watch movements. These are fully restores by American watchmakers, keeping the original dial, hands, and movement. The cases are made from titanium, are 3D printed in New Jersey, and then assembled at the Fort Collins, CO headquarters. Other components such as the crown, bracelet, case inserts, and case backs are also manufacturing in the USA.

Vortic likes to point out that each of their watches is unique, a claim that is often seen in the watch industry, but I find it authentic. This claim gains even more reliability when you play in their Watch Builder. This web tool allows you to completely personalize your watch by individually choosing the vintage movement (Elgin, Waltham, or Illinois), the titanium case, the crown, and the bracelet. They also have pre-configured (and ready-to-ship) templates in their online shop.

PS Paul Anthony has one! Discover his in-depth review of the Vortic American Artisan series

Their pieces designes in-house, with vintage elements and minimalist themes evident in their diverse designs. These watches are so closely ties to the automotive community that Ford asked him in 2018 to design a wristwatch for sale with his Ford GT supercar.

While it is true that we are more of a watch enthusiast than a gearbox enthusiast, we have been monitoring Autodromo for some time. Their Group B series, aesthetically inspired by Group B rally cars from the mid-1980s, has always aroused our interest.

It’s not easy to achieve the look of the integrated bracelet without looking like a Genta imitator, but Autodromo has done it successfully.

If you want to attract attention and at the same time support American watch initiatives, Devon Watches is the correct address.

The Pasadena, California-based company managed to break into the often snobbish watch industry with one shot from left field. According to founder Scott Devon, its electromechanical parts are unlike any other watch, and that has always been the goal.

With its innovative time belt system, the Devon Tread watch line embodies ingenuity and stands out from the traditional art of watchmaking. Although battery operated and rechargeable, their watches contain mechanical elements that go through a series of belts to show the current time in the front and center, but always in an analog fashion. Devon has also already unveiled a Star Wars version of its Tread 1 line as if their original concept wasn’t brave enough. This crazy combination of New Age and Fantasy horology is certainly worth seeing but not easy to wear, With its case diameter of 61 mm.

Based in Brooklyn, NY, Martenero regularly draws attention (and wrists) in the micro-branding space.

Her mantra “Tradition Refreshed” tries to integrate modern aesthetics into the centuries-old watchmaking tradition. But, more importantly, they do so at an affordable price, a goal that young watch companies often reject.

With all of their current models well below the $ 700 mark, many even under $ 500, we would say that they succeeded.

First, Martenero offered a BYO (Build Your Own) experience for its Ace and Founder Intro models on its website. Consumers could choose the combination of dial, hands, and bracelet according to their wishes.

Newer models still allow you to choose from several numbering options, but the customization options reduces. And rightly so! I convince that Martenero’s vision determines the brand’s identity if the wearer is to have a say in the appearance of their watch. And when you look at their latest Edgemere Reserve models, that vision is sharp.

Like some of the other brands stated here, watches aren’t the only products that Shinola offers. In addition to models of watches for her and him, Shinola also provides bags, jewelry, and bicycles.

But to understand the essence of Shinola, you have to look beyond her virtual window and into her story. Thinking back to 2012, Tom Kartsotis saw an opportunity within the walls of an abandoned building in the heart of Detroit. It would be in this building that the vast ultramodern watch factory in Shinola would be built.

In the “Made in Detroit” motif, it made sense to occupy the facility with premises. To achieve this, Shinola has partnered with Ronda AG to provide its local teams with advanced training in the art of watchmaking and case assembly.

That means their watches are not 100% made in the United States. The various American watch brands that can claim this can probably be counted on one hand. But it shows a commitment to quality. If that sounds like their promise to rebuild a community, Shinola will continue to provide sturdy and fashionable watches for decades to come.

The Weiss Watch Company, founded by Cameron Weiss in Los Angeles in 2013, is another few American watch companies to have declared that “100% made in the USA” watches are their mission.

While they are not there yet, it is safe to say that they are approaching. With each model release, they increased the number of domestic products in each of their wristwatches.

Weiss Watch & Co and other American watch companies with similar goals face the lack of US-based suppliers for many specific components used in watches and clockwork mechanisms.

The demand for these components was exhausted in the last century, and suppliers join them. The few remaining players looked for cheaper solutions abroad.

Fortunately, the tides have changed recently, and growing your own home is becoming more and more popular. Unfortunately, this new niche opens a void that must be filled and paves the way for future newcomers to build entire American watch companies.

Roland G. Murphy is a thoroughly American watchmaker. He trained in Switzerland, he founded RGM in 1992 with many years of experience in watchmaking and restoration.

Since its inception, Murphy has used his skills and knowledge to replant the seeds of basic American watchmaking. As a result, the first tourbillon produced in the USA is attributes to RGM.

They also consider being the first American watch company to develop and manufacture their watch movements since the Hamilton Watch Co. closed in 1969.

RGM maintains manufacture models with a base price of just over $ 2,000 while offering a more personalized experience for its high-end parts like the infamous Pennsylvania Tourbillon.

Made entirely in Lancaster, PA, this bespoke tourbillon leaves little to be desired compared to similar complications from Switzerland. It is also made from the same traditional materials like nickel, silver, and black polished steel.

The highlight, however, is their handmade tourbillon cage – a feast for the eyes of watch lovers everywhere.

The Brew Watch Company hailed from New York City with an inspiration close to my heart (and probably most of the United States) – a bold cup of joe.

Despite their debut on Kickstarter, Brew watches have made their way into the micro-branded community of US-made watches. The company’s founder and designer, Jonathan Ferrer, takes inspiration from industrial espresso machines. Once look at their clocks, and you will see it too.

The housings have a rounded square profile and are presents in steel. The dials are characterizes by symmetrical chronograph sub-registers and rounded square contours, and minimalist hour and minute indices.

Kobold is another brand commit to the rebirth of watchmaking in the United States.

Its founder Michael Kobold learned the trade from master watchmakers in Germany. However, Kobold’s goal has always been to revive American watchmaking, and the brand’s development underscores this intention.

In 2004, they confirmed their mission with substantial investments in research and development. They released their first model just two years later, which assembles in Pittsburgh, PA using European components. Eight years later, Merry Oaks Farm opened as the first watch case manufacturing plant in the United States for over 50 years.

Michael Kobold’s summit of Mount Everest and several cameos in feature films helped bring even more attention to Kobold watches. The Kobold Phantom features in Mission Impossible is Ghost Protocol, and in 2012 a model with a rock wall was launched from the summit of Everest. The spirit of discovery has become synonymous with the brand, as has its line of rugged and eye-catching sports watches.

Chicago Oak & Oscar watches originated when founder Chase Fancher was at a dead-end in his life. Dissatisfied with his current position, Fancher decided to pursue his passion for watches and product design.

Although he admits that his goal is not specifically to produce “Made in America” ​​watches, Fancher corrects his dream of making high-quality and required watches with American tradition.

Oak & Oscar’s first two models, Burnham and the Sandford, were both sold out. The Jackson Chronograph, one of their current models, was also very successful.

It features a dark gray or blue dial with contrasting sub-dials and all in signal orange. The steel case with a robust Swiss Eterna movement continues the theme of soft colors.

A high-quality Chicago Horween leather strap gives this Chrono the finishing touch and ensures that age and wear make this watch even more attractive.

ALSO READ: The best Watches and wonders of 2021